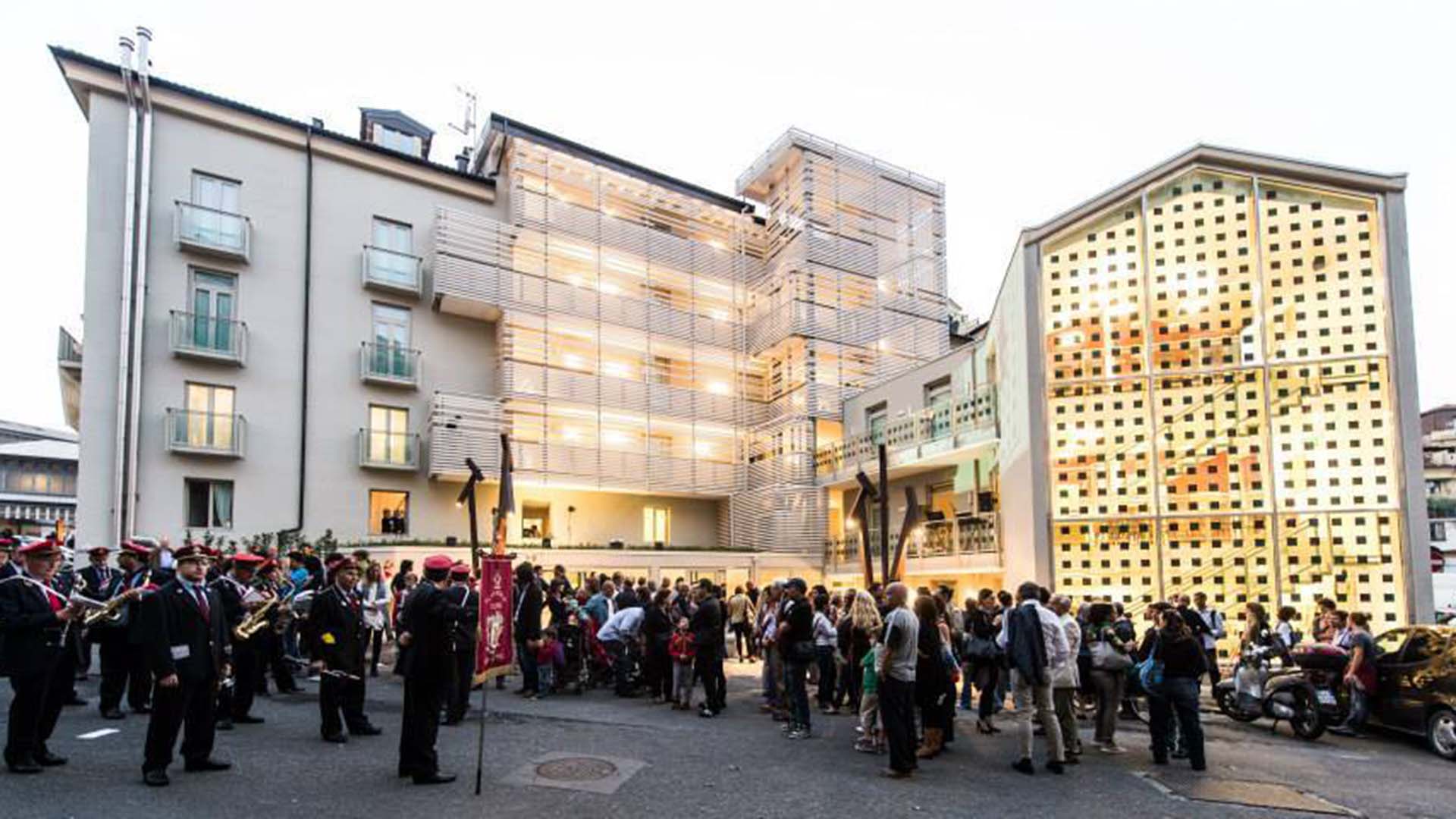 Urban, building and social regeneration, temporary residence, sustainability of the intervention, participation, public and semi-public spaces: these are some of the key words that guided the work – born from the awarding of competitive tender – for the renovation of a building destined for Temporary Residence , in Piazza della Repubblica in Turin and the regeneration of the surrounding space.

The Temporary Residence project represents an experimental intervention both from a technical and a social point of view. Through the recovery of the existing building, it has been decided to transform the degraded building into a new model of Social Housing, which can benefit not only the tenants, but also the entire community.

The complex object of intervention (about 2,200 square meters) was in a state of advanced decay and had remained sealed since the late nineties; it consisted of an historical building of four floors above ground and a basement of cellars, as well as a more recent building, of little aesthetic value of three floors, and a courtyard closed by a boundary wall, altered by additions. 27 dwellings have been created for users defined by the Client (single and couples under residential stress) and the small commercial units existing on Piazza Repubblica have been recovered, ad a common areas for residents and the district has been provided.

The principles that guided the technological choices were: the containment of energy consumption (low thermal dispersion of the envelope, use of renewable energy sources); the introduction of plants capable of producing energy (thermal energy through solar panels, electricity through photovoltaics); the choice of materials that were produced with the minimum waste of energy (coming from recycling and with a short supply chain) and that allowed ease and sustainability of waste disposal.